Hello everyone! I hope life has been treating you guys well, it has been a pretty exciting month for the three of us. Victor got a job offer and will be moving to Chicago so we’ve looking for a house or townhome. We finally have some time to sit down and start typing away. I have not been consistent with the blog, I apologize for that. We are still getting back into the routine after the crazy two months of running around trying to get stuff done and falling sick doesn’t help either. To celebrate this new adventure, I figured why not bust out the lobsters?

Lobster – this large marine crustacean is probably everybody’s favorite when it comes to seafood. Processing live or even frozen whole lobster is probably one of the most terrifying things I have seen, especially one with the head still intact. The lobster that we got was frozen, but the head was still very much intact. Here is the time when Victor become the hero and try chopping up the lobster to impress the girlfriend. Trust me, I was just standing right outside of the kitchen the entire time while he was cooking this dish. Don’t get me wrong, it was delicious, I just wish the lobster came pre cut.

Ginger is a root vegetable that would helpsrelieve gastrointestinal irritation. During the cold weather, we love to make Ginger tea to keep warm. I am not sure how many of you have heard of a saying, Chinese people believe that ginger can warm the body from within. How true is that saying? I am not very sure, that’s just something that I was told growing up. Either way, the ginger and green oniones help bring out the flavor of the lobster. 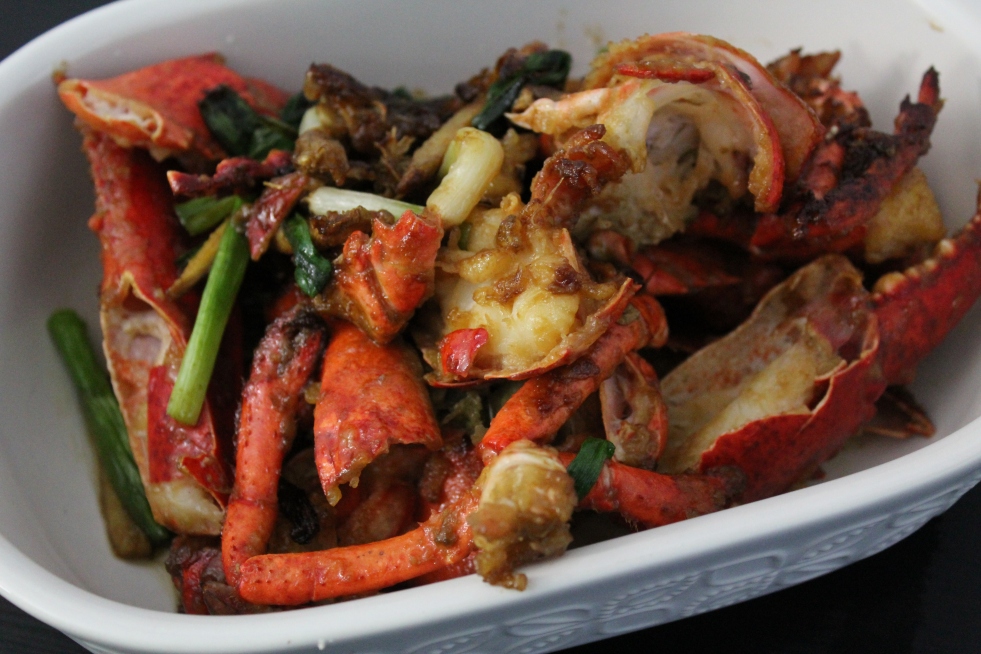 View all posts by smallspacesbigstyles